There is no doubt gun violence around America is an issue that can’t be ignored. People are being injured or killed due to mass shootings, criminal acts, domestic violence, and so much more. As a whole, society needs to find a way to make it harder for such situations to play out. We can start as a society by taking action and reducing violence with active shooter training.

It is important for laws to require a strict background check before anyone can purchase a gun. Those with criminal records, including domestic violence, should not qualify to own a firearm. If they are caught in possession of one illegally, there should be severe consequences. Too often, it is just a fine and probation as the punishment.

While the topic is controversial, regulations to look into the mental health status of individuals before they can buy a firearm is a good idea. This would mean those that have had mental health treatment or been in a facility would be in a database. Such information could prevent them from ownership, depending on the situation and their treatment.

There will always be those that don’t follow the laws enforced by department of homeland security when it comes to firearm control. They will do all they can to buy those firearms under the radar. Law enforcement should extend stricter consequences for those who illegally sell and buy guns is a good place to start. When the risk of getting caught and those consequences are higher than the monetary gain, they won’t be so each to come by anymore.

Funding for a Active Shooter Event

Preventing is important, but so is getting structures ready in the event of an active shooter incident. Funding to offer better solutions including stronger doors, locks, and more exits can be a good way to reduce the injuries or deaths from a tragedy occurring. Such funding can come from the state homeland security and Federal resources.

Awareness and Reporting of Active Shooters

Individuals need to be aware of their surroundings at all times. While this may seem like overkill, you just can’t be too careful these days. You need to know who is around you, the exits, and listen to your gut. If something seems out of place then take action. If you notice someone acting oddly, report them.

You don’t have to feel guilty about reporting them and being wrong. Let the authorities do their job and investigate it successfully. As long as you reported in good faith that there was a concern, you won’t be in trouble if there turns out to be nothing substantial found. However, you don’t want to forever have guilt because you didn’t report something that did turn out to be an issue. Shooter preparedness is crucial for recognizing when things are wrong, staying calm and taking action.

It isn’t just law enforcement and first responders that need to be trained when it comes to shooting incidents. Parents need to talk to their children about what to do should there be a school shooting or in a store. For older children, they need to know what to do if they are alone at the movies or the mall. Online active shooter training can help in emergency situations and help you to fill more at ease and prepared for any situation. 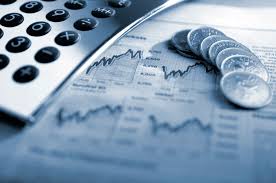